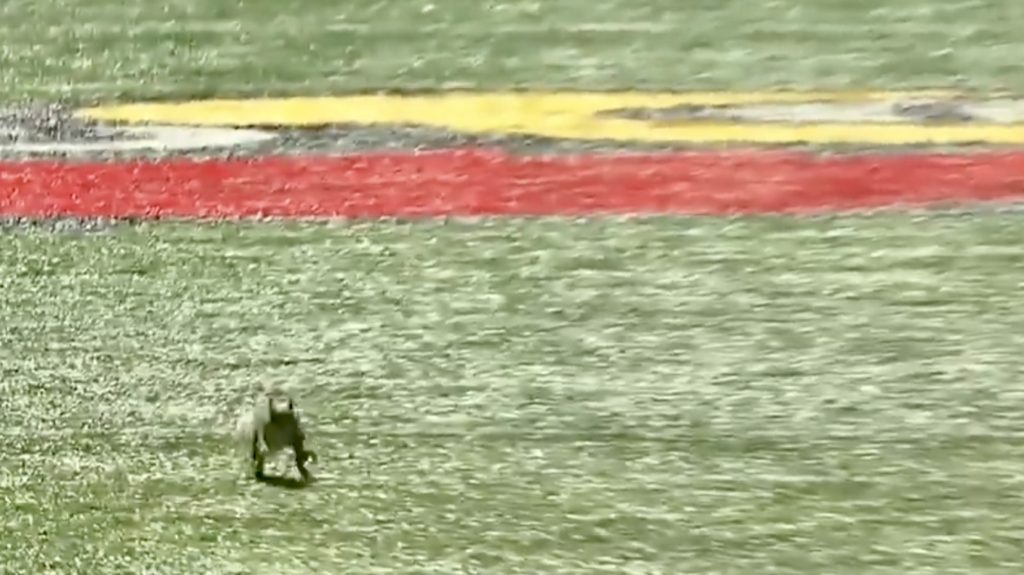 From a Touchdown squirrel to the NCAA bubble
It’s crazy how a few weeks can change everything in college sports. Back in early September things couldn’t have felt more promising for Louisville Basketball fans. The way too early NCAA polls were starting to circulate, and the Cardinals were one of the favorites to win an NCAA Title.

The program so hot that Coach Pitino would be the guest picker for the College Gameday event before the Clemson game. That jersey was way too little but hey we didn’t care. Rick was the man and had us sitting pretty again. Not only did he appear to have the current team poised for the success he had some very promising recruits signed. I couldn’t wait for the College Basketball season to begin.

The basketball buzz remained in the air especially after the Football team had just had another loss to Clemson. That was a bummer but it didn’t really faze the fanbase that much. There was a great feeling still in the air. The NCAA decision loomed but we had put all of the Stripper talk behind us. There was a lot of positive momentum back in the program.

I remember the weekend of the Kent State football game. Things were so good on Louisville social media that everyone was talking about a squirrel that had just run the field looking like it had scored a touchdown. Touchdown squirrel was trending in Louisville. That was on September 23rd.

A few days later it started to circulate that the squirrel had probably died from the trauma of his big moment. Then on September 29th just six days after a cute little squirrel had been the talk of the town reports surfaced that the Louisville Basketball program and its Hall of Fame coach had been named in an FBI probe of College Hoops. Only the University of Louisville could go from cute little squirrel to FBI probe in just six days. It was stunning.

Forget a black cat running across your path. If a squirrel crosses your path be ready for the bad luck to follow. Since that damn squirrel, it has been one thing after the next for the athletic program. Pitino fired, Jurich fired Jurich’s son fired, and now the BOT is in shambles.

Things couldn’t have gone any worse for the basketball program. Hype gone, Coaching staff gutted, prize recruits gone, but wait a minute. This team is showing some moxie, we are in 2nd place in the ACC… Could it be? Nope! Has a squirrel run across your path lately? The bottom appears to be dropping out again. NCAA decision could be days away “who knows”, BOT drama at a new level of yuck, and the Basketball program is the newly appointed Bubble Team.

Oh, what did I do as a Louisville Basketball fan to deserve all of this? And now I get to spend the next three weeks in college basketball limbo. Live cut-ins with Joe Lunardi during our games breaking down our bid chances, being team one or two in those blind resume segments and being the butt of whatever clever NIT joke our rivals come up with. Why oh why?

Touchdown Squirrel to the College Basketball Bubble. Things can change quickly in college sports so I’m going to try and stay positive. Who knows… Maybe the basketball gods will finally stop kicking us in the nuts.

Stay away from squirrels.