It was a great evening out at the 2018 Signing Day Party. There was a pretty good crowd of die-hard football fans as Coach Petrino and his Coaching staff introduced and talked about some of the newest Cardinals. I have really enjoyed these events over the years. You get a chance to see the personality of the Coaching staff and get an in-depth look at the new players.

Coach Petrino opened the show talking about his commitment to the University and to the city of Louisville. He emphasized how much that this program means to him. And I think this 2018 Recruiting Class is an example of that. Coach Petrino and his staff logged thousands of hours and thousands of miles to lock down what might be the best recruiting class in program history.

This Louisville Class didn’t get much love in the final team rankings finishing #28 in ESPN, #30 in Rivals, #29 in 247Sports and #29 in Scout. But adding 10 Four Star athletes will not go unnoticed. This class has a lot of versatility and speed. They will be able to move a lot of these guys around to find out how to best utilize their abilities. If you are a wrestling fan then you’ve heard of Suplex City tonight Coach Petrino dubbed this bunch Speed City. There are six guys in this group that run the 100 meters in under 10.8 seconds.

Here’s what ESPN says about this group: 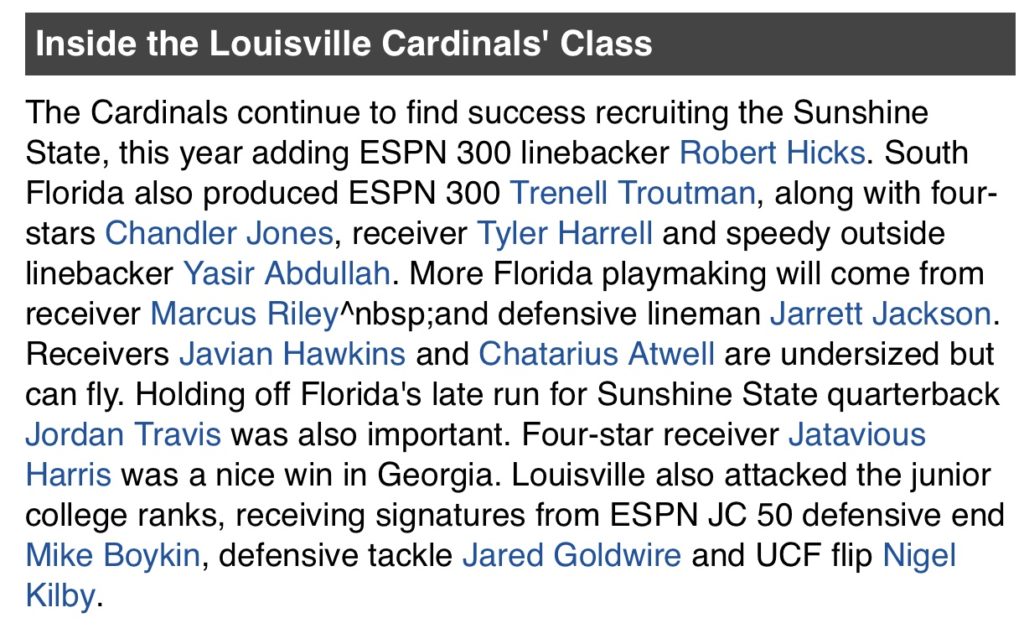 I really like this recruiting class. Two of the most important things in College Football are Size and Speed. This class has both. There is a lot for the Coaching staff to work with here and I can’t wait to see some of how they do that during the Spring Workouts. Congrats to Coach Petrino and his staff for reaping some of the reward for their work. They did real good here…

Here is some Video from the Signing Day Party