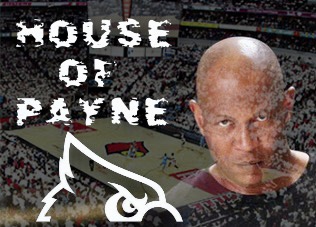 It has been a while since I wrote on the website. Part of that has to do with me now spending my days running up and down the road with my son’s sports teams and the other is just lack of inspiration. If there is one thing I’ve learned doing this it’s that I have to be inspired to write.

There has been a lack of inspiration to write anything about Louisville Basketball but today I’ve been inspired and decided to dust off the keyboard and give this writing thing a whirl.

My inspiration comes today as bigtime sports names start dropping the news that Kenny Payne will be the next head basketball coach at the University of Louisville. This news comes during a time of despair for Louisville fans but tells me that the Athletic Department has decided to invest in us again. This is the hire that needed to happen and it appears that it has been done.

For year’s now the Louisville Basketball program has been trying to get back to its roots. Coach Mack will be known for a lot of things he did wrong but the one thing he did right was to start to connect that bridge to the past. We may not be here today without him making that effort.

Watching how far the program had drifted from those guys in the 80s it’s awesome that now one of them will shape the Louisville Basketball program for generations to come.

For it to be Kenny Payne makes it even cooler for me. He was one of my favorite Louisville players. At one point I looked up to and imitated him right down to my socks. He would wear those socks up to his knees. He was such a laid-back/cool player on the court but when he got the ball in the post he took care of his business.

He seems very much like that same guy today. All of his peers and anyone who knows him personally raves about his laid-back and cool demeanor. A quality that some have mentioned makes him a beast on the recruiting trail. We could count on Kenny Payne to deliver when he was a player and we can count on him to do it as a Coach.

With NIL and the transfer portal, the game of college basketball has changed forever. It’s more important than ever to have the right person representing your brand and I can’t think of a better person than Kenny Payne. Regardless of what your UK buddies tell you Kenny is one of us. He represents a time when our program was a giant. A time that we all long for.

The Louisville Basketball program had so much swag and so many characters back then. And they won. I want to see our program get all that back and believe that it will under Coach Payne. I have a renewed sense of pride and enthusiasm again that I haven’t had in a while. I’m going to get myself some tube socks and start wearing them to my knees, I’m going to hang my flag up and throw my L’s up. Can’t wait to watch my first game in the House of Pain with my son. It’s all happening! Enjoy it folks!