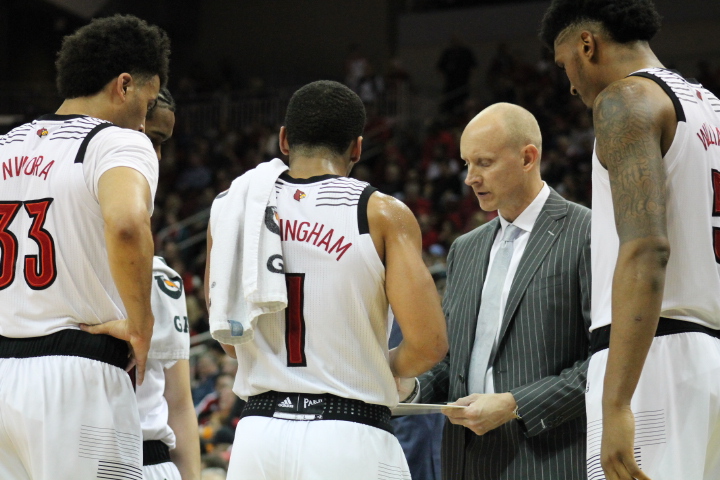 The name “Oakland Zoo” is used for the basketball student cheering sections at the Petersen Events Center. The Oakland Zoo has been noted as being one of the most formidable students cheering sections in college basketball. But over the years Louisville has turned it into a Petting Zoo on their visits. The Cardinal’s are 7-1 in that gym in a series they have pretty much dominated owning a 16-5 series advantage. The 12 game winning streak over the Panthers is one of the longest in the ACC.

In saying all of that I am cautiously optimistic for tonight’s game. Every dog or in this case Cat has their day. This is a tough schedule spot for the Cardinals with another road game at UNC to follow. This Pittsburgh program is starting to get some of its mojo back since the hire of first-year coach Jeff Capel. He has this Pitt team scrapping on the defensive side of the Basketball and they’ve been a competitive bunch this season.

About that defense… Pitt ranks third in the ACC and 11th nationally in field goal percentage defense (.378). The Panthers have held seven opponents below 40.0 percent shooting from the field. They’ve been an even better defensive team at home allowing 63 points on 37.6 percent shooting.

The Cardinals are going to need some of the offensive outburst they had in the last game tonight. They are averaging 79.4 points on 45.1 percent shooting coming into this one.
Jordan Nwora has been the most consistent offensive player we’ve had this season averaging 17.9 points a game. Think he is the difference maker tonight. Pitt is going to have a hard time matching up with him. But as good as Pitt’s been defensively Louisville has to have some other guys step up.

I think that Ryan McMahon could be a guy to watch tonight. He’s coming off a good game on Sunday and seems to have some of the confidence back. And think VJ is due for a good one. His athleticism could be really effective tonight, especially around the rim. Throw it up and if you miss let him go get em and put them back in. I think we are on to something there. Dude has putbacks like no other.

I like the Cards defensively in this one. I think things are starting to click more on that end of the floor. They were very active and communicative on Sunday. Especially in the second half. Five of Pitt’s top six scorers are newcomers with first-year players accounting for 67.2 percent (717-of-1066) of the team’s scoring on the season. So if our Cardinals lockdown on the young fellas they should be able to win the battle on this end.

Like I mentioned above. This one has me nervous. I think it ends up being a defensive battle. And on the road in those types of games advantage usually goes to the home team. I’m just hoping that the petting Zoo doesn’t bite back in this one tonight. Hoping for the win but really wouldn’t be shocked if it was a tough loss. This game is an important big picture game with a battle at UNC looming.
Enjoy Folks!