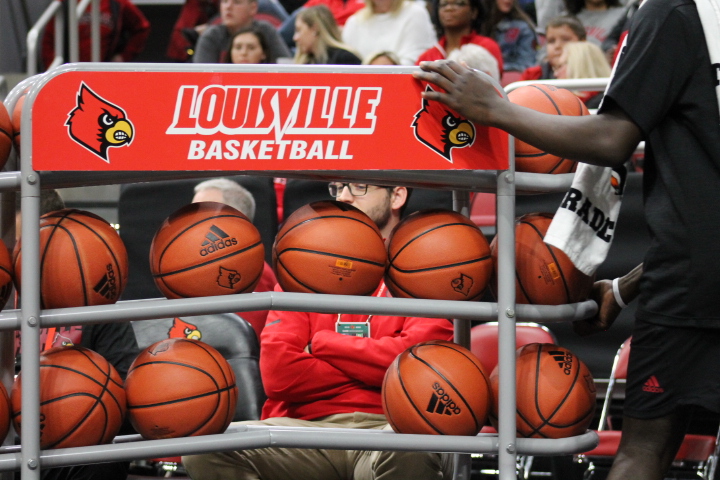 It’s Gameday! The #1 Team in the country will take the biggest stage of them all tonight at Madison Square Garden. Cardinal fans have seen a lot of great moments in the Garden. That great run in 2012 with the infrared uniforms, and the Big East curtain call against Cuse in 2013… The Garden has been fickle to us but can’t think of a better venue in the world to showcase a team.

There have been many great teams and acts come through the Garden over the years and I’m glad this UofL team has a chance to etch their names among that history tonight. Our Cardinals head into their second week ranked as the number one team in the country. They had that put to the test right out of the gate against Michigan and will be tested again tonight.

The Red Raiders are on a three game skid losing to DePaul, Creighton, and Iowa in that stretch. In their last game against Depaul they committed 22 turnovers. They’ve had 115 on the year ranking in the 100’s in fewest turnovers.

With both of these defenses being really good I can see a similar defensive-minded game that was the case in the Cardinals matchup with Michigan. Possessions will be limited in a game like this so the turnover battle will be big.

This Louisville team has done a good job of taking care of the basketball and maximizing their possessions. They are hovering around the top 50 in fewest turnovers with 105 on the season and are ranked 24th in assist to turnover ratio at 1.3… Fresh and Darius are getting it done for us here.

Looking forward to watching the best player in the country get his moment on the biggest stage tonight. Jordan Nwora is ranked 26th in the country in points scored for his team. He has brought it every game on both ends of the floor and I think we’ll see him have a big one tonight. Texas Tech will have problems defending him. Especially if he decides they aren’t going to stop him. We saw a little of that mode in the Michigan game.

The Cardinals have had zero trouble getting past power 5 opponents. This should be another game where Louisville should be able to flex their muscles and take care of business. Texas Tech is a helluva defensive team but just think the Louisville firepower will be too much for them.

Legends are made at the Garden… The last time Louisville played in the Jimmy V Classic the then #4 Cardinals beat Indiana 94-74 and Montrezl Harrell became Louisville’s all-time dunk leader. I hope the number one team in the country is legendary tonight…