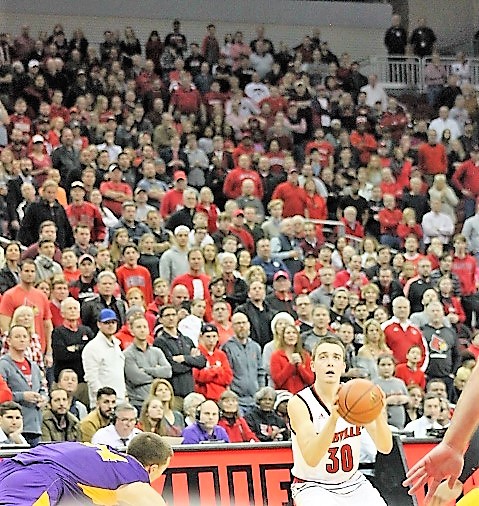 I’d love to caution fans that not every team is as good as they appear or as bad as they appear during this time of the season. Most teams are still learning to play together, and guys are still adjusting to their roles on the team. Who will take the big shot and what five do you want on the floor when the game is on the line.

Folks will snarl when they think about this game thinking that the Cardinals should have won by 20. Yes, a 20-point win would have been nice, but I don’t think that would have helped this team get better. The Cardinals have shown that there is still more than enough talent to be a serious ACC contender despite all the chaos. But there are still issues with consistency, which has allowed teams such as George Mason, Omaha, St. Francis, Memphis and now Albany to hang around. Albany was not a pushover team, they are experienced, solid offensively and have victories over Iona, Yale and more than hung in their game against Memphis.

The Cardinals found themselves down with just minutes to go in the game. That scenario provided an opportunity for Coach Padgett to see what five guys he wants on the floor in those situations moving forward. And it provided an opportunity to see what guys are going to step up in those moments. Ryan McMahon showed that he can hit the big shot. He hit several of them tonight with 15 points. He was 5-8 from the three-point line. Ray Spalding also hit a big shot down the stretch.

Our bigs struggled tonight especially rebounding the basketball. But credit some of that to a crafty Albany group who used technique to out-rebound the much bigger Cardinals. Those guys blocked out. Our guys tried to use their size advantage instead of their technique. But Learned tonight that doesn’t get the job done.

It wasn’t pretty, but it was a win… I’d rather have an ugly win than a loss any day of the week. I bet North Carolina fans would have rather had an ugly win tonight. This Louisville team is a work in progress and they will learn all season. I’m just going to enjoy the ride.