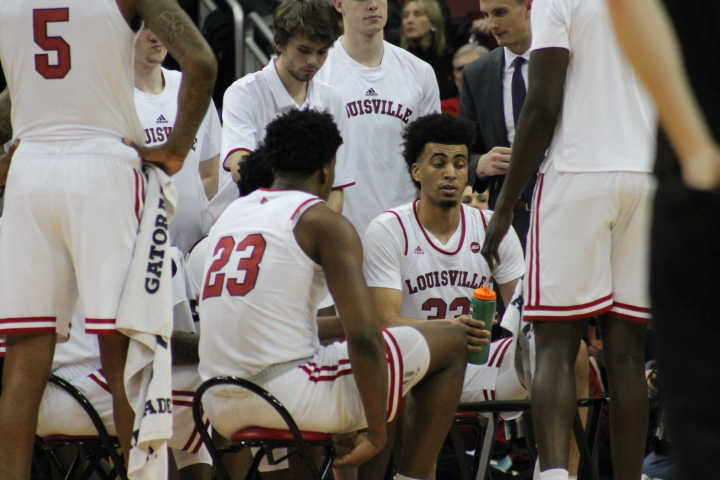 Tonight we get back to basketball and after days of the ”sky is falling” nonsense in the Louisville media and elsewhere I welcome it. I’m hoping that our team realizes that their season is nearing the end and can get back to playing with a sense of pride and with the sense of urgency to finish this season strong. Just get back to the basics.

Despite all of the doom and gloom side talk this Louisville team is still at the top of the ACC standings, in third place sitting at 12-3 in conference play. They can still win this league outright owning a head to head victory with Duke and a trip to Florida State left on the schedule.

Jordan has had two rough outings. Maybe the two worst of his Louisville career. It’s not easy carrying the weight of a college basketball program on your shoulders. Especially one with a passionate fan base. The grind of a college season alone and getting everyone’s best shot. I think he gets back to that 18.2 points, 7.3 rebounds per game player tonight.

Steven Enoch is 2nd with 9.9 PPG and Dwayne Sutton is 3rd in scoring and tops in rebounding with 9.2 PPG and 8.4 RPG this season. These guys will have to bring their games tonight also along with Malik Williams. It’s always a frontcourt battle with Syracuse.

Coach Boeheim’s teams are known for that stingy two-three zone defense and having those very athletic and explosive wings on offense. The Orange are in a logjam in the middle of the ACC, sitting at 7-7 in conference play after losing 4 of their last 5 games. The Orange just stepped up against Florida State, taking the Seminoles down to the wire. We all know that Cuse teams usually come alive this time of year.

This is a very important game as far as team morale is concerned. Lose this game tonight and we could see this team spiral downhill for the rest of the season. Things are sensitive right now with this group and a three-game losing streak is not what the doctor ordered. Win this game and carry some much-needed momentum into that big game with North Carolina on Saturday. I would love to see this team have a strong finish to this crazy regular season. I hope that starts tonight.