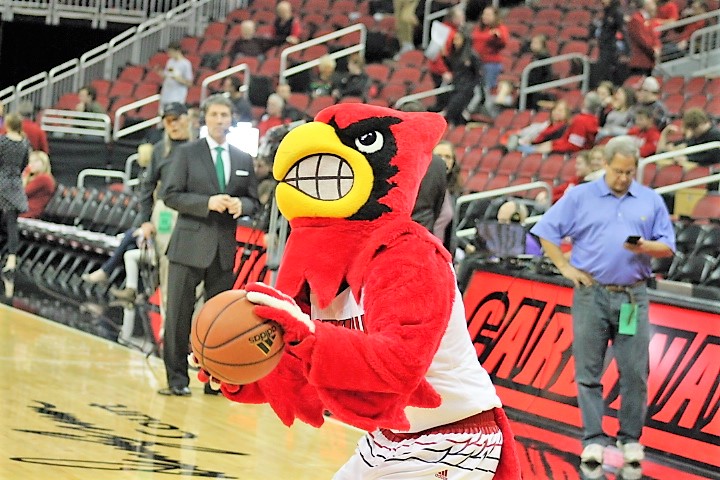 If this college basketball season has taught us anything it’s that anybody can lose to anybody. You can lose even if you have a significant talent advantage and a significant coaching advantage. There has never been so much parity in the sport.

I read today this Louisville team is the best in the country at getting late-game stops. According to stathouseanalytics.com their 0.729 points per possession allowed in the final four minutes and OT of games (adjusted for opponent strength) is far and away from the best mark in the nation. Give me a team that knows how to finish in March.

The 2005 Final Four team will be honored at the game on Saturday. That was a team that knew how to finish. The finish against WVU that year is one of the best in Tournament history. It’s awesome that they are bringing those guys back in because this current Louisville team reminds me of them. Not so much defensively but offensively for sure.

That 2005 group could shoot it from deep finishing their season as one of the best three pointing shooting team’s in the country at over 40%. The current team is ranked 11th in the country shooting 38% from deep. Before Nwora and Mcmahon, there was Cisco and Dean.

Coach Mack has been great at making adjustments throughout the season but made his best one in the last game by starting David Johnson. For the first time in several games, the offense was effective from whistle to whistle. If this team is gonna make a run Johnson is going to be a big part of that. Looking forward to seeing him face UNC’s size and athleticism.

North Carolina likes to play an intense man-to-man type of defense and you will hardly ever see them in a zone because Roy Williams’s philosophy is that it slows down the game too much for him to run up and down as they do.

This UNC team has struggled to defend against the high screens. Williams has his big men step out around the screen causing enough hesitation by the dribbler for their guards to catch back up into a defensive position. Due to their issues defending the high screen teams are getting a lot of open looks from deep. UNC ranks 207th in the country defending the three-ball allowing teams to shoot 33% on average. Good news for Jordan and Ryan.

This UNC team has had a rough go of it lately losing their last six games. But even with all of their struggles, they have battled. Five of their six losses during this recent skid coming by 6 points or less. I’m not going to be surprised to see them play out of their minds on Saturday. This Louisville team has got everyone’s best shot.

UNC is better than their record but our Cardinals have been tough at home, outscoring teams by 16.8 PPG and holding opponents to just 61.3 PPG this season. Hoping it will be just another day at the office. Think Cards end up winning big here.