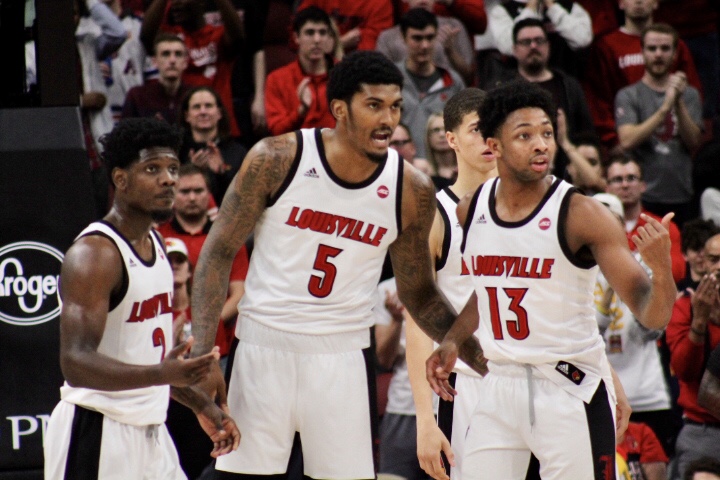 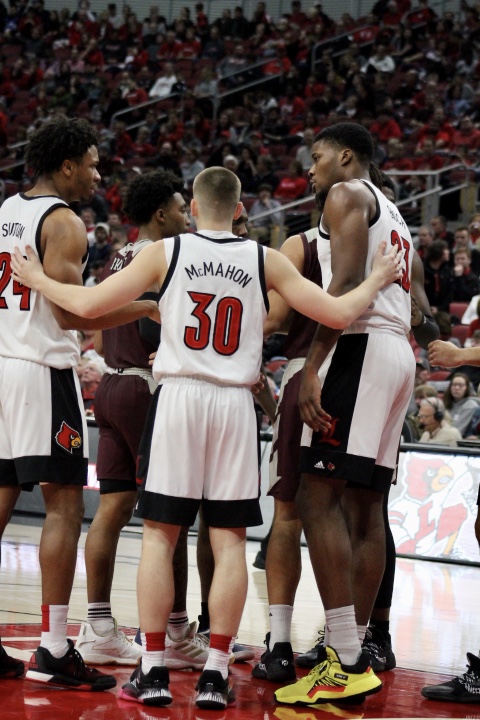 Kinda hard to believe that there are only two games left in the regular season of College Basketball. Seems like yesterday we were down on Fourth Street Live watching this team be introduced and Coach Mack preparing for his second season.

I think this team still has a lot of basketball ahead of them as they head into postseason play. They will have a say in who wins the conference tournament and the NCAA Tournament. But one game at a time and there is still some business to take care of in regular-season play.

Today is about beating Virginia Tech and honoring another great group of seniors for their contributions to the program we love. There are still many chapters that have yet to be written, but the 2020 basketball seniors have added to the outstanding tradition of Louisville Basketball.

Six players will participate in the senior day ceremony including Steven Enoch, Fresh Kimble, Ryan McMahon, Jordan Nwora, Keith Oddo and Dwayne Sutton. Each has already earned their bachelor’s degree except Jordan, who is on target to graduate this summer.

These 6 seniors have epitomized a culture of unselfishness, humility, hard work, and high character. And the loyalty of the guys who stuck around during one of the most tumultuous times in the programs history will never be forgotten. We aren’t saying goodbye to these guys because you don’t say goodbye to family and that’s what these guys have become over the years.

Ceremonies like on Sunday are just part of the process that allows closure for the seniors and passing of the torch to the underclassmen, but in successful programs like the University Louisville, the tradition never graduates. This program is rich and vibrant because many groups of seniors have cared enough to give their very best. Over the last three years, Louisville has leaned on that great tradition to keep moving forward.

Today is about moving forward. Our Cardinals have had a lot of success this season, but coming into this game they have lost three of the last five games. The good news is that we know these guys are capable of walking into any gym in the country and beating anyone. They have shown the ability to play at a high level. Offensive woes come and go and let’s hope we left them in February.

After a hot start to the season it has been a trying year for Virginia Tech and coming into this game they have lost eight of the last nine games. Away from home, this season Virginia Tech’s offense has been an issue averaging only 61.4 points per game while shooting 39.2 percent from the field. Virginia Tech got up for their rivalry game against Virginia in the last one only to come up short of the upset by three points.

Louisville has won the last six games between the two teams, but this is the first meeting between the two squads this year. At home this season our Cardinals are averaging 77.6 points per game while giving up only 60.9 percent from the field. I get to watch my favorite player in years play his final game in the Yum Center today. Jordan Nwora is averaging 17.9 points while shooting 44.1 percent from the field. As the season wraps up, they need him to play some of the best basketball of the year. Think we see that today and in the postseason.

Today our seniors and our team will lace em up for the last time in that locker room, will come charging out of that tunnel to the alma mater for the last time, and will get the love and admiration from the Yum Center crowd for the last time. I don’t think there is a chance they let this one get away. I’m looking forward to cheering them on one last time and to a big win. Go Cards!