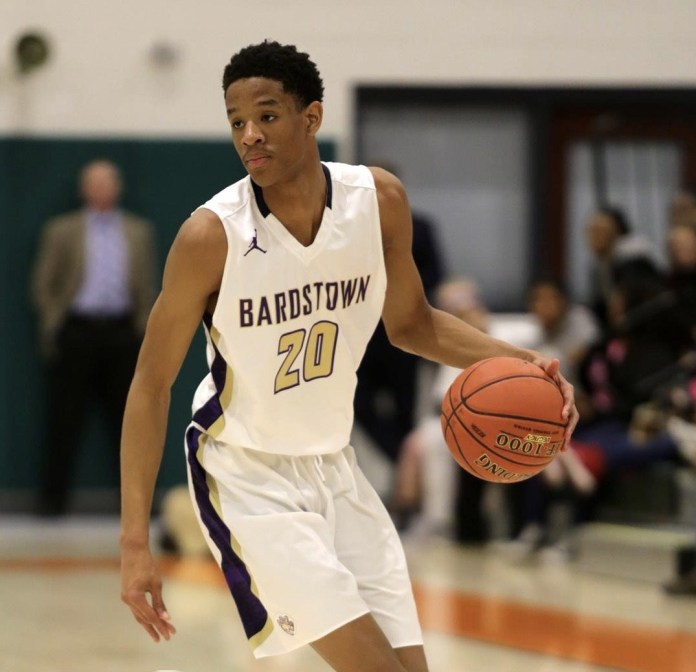 The 2020 recruiting class started off slow for Coach Mack and Louisville. But in the last few weeks business has picked up and tonight the highest-ranked player in Kentucky gave a verbal commit to the Cardinals. JJ Traynor is listed as a four-star recruit and the No. 79 overall player in the class of 2020 by 247Sports.com.

Just 10 days ago 4* D’Andre ”Dre” Davis, a 6-foot-5, 170-pound shooting forward from Indianapolis verbally committed to the Louisville 2020 Class. Much like Davis JJ Traynor is a player that came out of nowhere during the summer and impressed coaches. I even read one article where recruiting guru Evan Daniels raved about Traynor. He referred to the Kentucky native as “the biggest sleeper in the country.”

JJ has made a name for himself with his impressive size, length, athleticism, quickness and scoring ability for a primary ball handler. Sure sounds familiar. Traynor’s father, Jason Osbourne, a former Kentucky Mr. Basketball and a legendary Cardinal in his own right used to wow the Freedom Hall crowd with his athleticism. Jason is one of my favorite all-time Louisville players and I’m certain that the apple didn’t fall too far from the tree.

Traynor averaged 11.2 points and 8.6 rebounds last season for a Bardstown team that went 15-16. Traynor is coached by another Louisville legend Bardstown head coach James “Boo” Brewer. I got a chance to interview Boo a few years ago. Coach Mack really kept it in the family with this recruit. A few weeks ago folks were thinking this 2020 class would be a wash but things are certainly looking up and I’m here for it all.