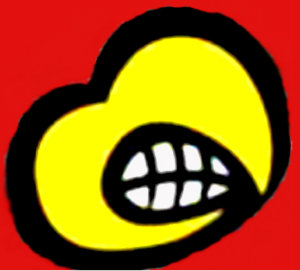 The Cardinals Football team came out of Spring workouts on a very positive note and all through the Spring Camp the theme seemed to be that of high expectations. I think that theme followed this group through their summer workouts and it was the centerpiece today at the ACC kickoff event in Charlotte.

Coach Petrino talked about how his team had all the ingredients to be very competitive this season. It is a team with experience, talent, speed, heart and wisdom. These guys went into battle together last season and to overcome an 0-3 start like they did this team won that war together. Forget about team chemistry these guys are brothers. Brothers want to win for themselves and the guy standing beside them.

When a program loses a player like Teddy Bridgewater it hurts. This is a guy who we watched have many moments… That clutch performance in the Sugar Bowl, the heart pounding win in Cincy and heroic win at Rutgers. You wait a lifetime for that player to come to your school. Folks the wait won’t be as long this time around. Lamar Jackson is going to have many moments. This kid like Teddy just gets it. He knows his strengths and wants to improve his weaknesses. As a player he enjoys high expectations and competition. Jackson is bound for greatness. This kid has a great personality as well and he had that on full display at ACC Kickoff today.

Another great kid and outstanding defensive player Keith Kelsey was with Jackson at ACC Kickoff. Kelsey one half of last years smash brothers is a tackling machine. He has a nose for the football and he doesn’t react he reaps. The Louisville Defense will be one of the best units in the ACC and have a chance to be the best. A big reason why is players like Kelsey. He will be the centerpiece of Coach Grantham’s plan. He also has a great personality and was winning over the media at ACC Kickoff.

I know I have written these words before but I really don’t think I’ve seen expectations as high as they are. And this year it’s not just the Cardinal faithful who want it. The players and staff expect just as much from themselves. I was excited after the Spring Camp now I’m counting down the days until I can be on the sideline covering this team. Come on September..!

Thursday marks the unofficial start of the college football season for us in ACC country. It’s a lean time of the year for college sports but conference media days are a thirst quenching event for all avid fans. Coach Petrino will have Line Backer Keith Kelsey and QB Lamar Jackson with him at the Westin Charlotte located in Charlotte, N.C. July 21-22. They are two great players that will certainly play a major role in the Cardinals success in year three of the conference.

The past two years at the ACC Media Days the Cardinals garnered quite a bit of attention being the new kids on the block. They brought with them a reputation of a program on the rise and one that was going to give their very best every time they hit the field, and they had to go out and prove that in year one and two.

On Thursday they will make their third appearance at the event and this time our Cardinals will bring with them a proven identity. An identity developed from going out and competing at the highest level with every ACC football program they’ve played against since being in the conference.

The Cardinals did more than prove they belonged in year one and two. They proved they could contend. I don’t think the players or the coaches considered the past couple of years a transition or really thought about it that much. They went out on the field and performed trying to be the best football team on that day.

As a fan I have really enjoyed the transition and have enjoyed getting to watch my Cardinals play and get wins in great venues like Notre Dame Stadium. I also have enjoyed watching them go toe-to-toe with the elites of the ACC. I’m looking forward to another great year in the ACC and looking forward to seeing my Cards take another step up in the hierarchy.

Here are the top questions I think the media will have for our Cardinals over the next few days:

#1 What about that starting QB?

Coach Petrino has started the past two seasons with all of his guys on an equal playing field and there were no leaders for the position. He didn’t have them ranked and was looking forward to watching them compete for the starting job. After the Cardinals started 0-3 last season Coach Petrino finally settled on Lamar Jackson as his starter but even changed that up in the last game of the regular season. Jackson had the top 3 rushing games in ACC history last season. Will the Louisville offense be built around him and his ability this season?

#2 Are the Cardinals poised for a breakout ACC season?

Unlike the first two seasons in the ACC they only lost seven starters in the off season. Two on offense in T Aaron Epps and G Skylar Lacy, three on defense in DEs Rankins, and Pio Vatuvei and ILB James Burgess as well as PK John Wallace and P Ryan Johnson. Will returning nine starters on offense and eight players on defense help the Cardinals be consistent enough to take the next step in the league and help them compete for an ACC Title?

#3 Can the Cardinals and Coach Petrino top their 9 win ceiling?

It’s going to be a little different this season for our Cardinals. They will go from being the hunter to the hunted. The ACC has been put on notice and they know what they are up against now. With one of the best offensive players in the league in Lamar Jackson and defensive players in Devonte Fields can they compete and beat the ACC elite?

#4 Are there any key injuries/issues heading into Fall camp?

Coach Petrino has said that everyone should be healthy and ready to go by August. We may get another update this week.

#5 Can the Cardinals offensive line take the next step?

Last season the Cardinals had one of the youngest offensive lines in the league. Three of the five starters return this season led by Geron Christian, Lukayus McNeil and Tobijah Hughley. They also have guys poised to step up like Toriano Roundtree. These are some big, tough guys. And keep an eye out on the Roundtree kid he is going to be a beast. Coach Klenakis deserves a lot of credit for the work he has done with them. They sure looked the part this spring. Can they carry some of that positive momentum they had when the season ended at the Music City Bowl into this season?

It should be an informative few days, and if you are craving football like I am then you’ll want to tune into the festivities over the next few days. Here’s how:

ACC Kick-off Live Coverage
The Cardinals will get their turn in the ACC Spotlight on Friday morning at 10:00am…

We learned around June of last year that our Louisville Cardinals would be participating in the 2016 Battle 4 Atlantis pre-season Tournament. And today it has been determined who the Cardinals will face in their opening game. The Cardinals will open up play in Atlantis against Old Dominion on November 23rd at 9:00pm. The Cardinals will then play the winner/loser of Witcita State and LSU. That would make for an intriguing game with a Final Four rematch against the Shockers or LSU and Antonio Blakeney. Michigan State, St. John’s, VCU, and Baylor are the other teams who have been added. This is considered by most to be the best preseason tournament of the year.

Louisville last played in the Battle 4 Atlantis during the 2012-13 season where they went 2-1 in the tournament beating UNI and Mizzou before losing to Duke in the title game. The Cardinals would get their revenge on the Blue Devils a few months later beating them in the Final Four in route to a National Championship. It’s ironic that the Cards will play in Atlantis in 2016 because like that 2013 group this group will be a favorite to win the National Title. I certainly wouldn’t mind a little déjà vu here…

The Battle 4 Atlantis is a Kerzner International owned and operated preseason college basketball tournament that takes place in late November of each year, at Atlantis Resorts on Paradise Island in Nassau, Bahamas usually the week before Thanksgiving. The tournament is known for being the richest Division I Men’s pre-season college basketball tournament. Teams are awarded 2 million to participate in the event.