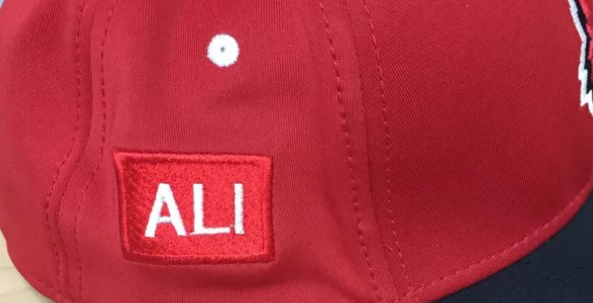 I took my son to his first T-Ball practice last week. Before the practice starts, I see this kid over to the side playing catch with his father. This kid was really good and catching every ball his Dad was throwing to him. Wanting to be challenged more he was yelling at his Dad “make me move”. As I’ve grown older I find myself wanting to be challenged more and am always looking for someone or something to “make me move” There aren’t very many times while we are on this earth that we will be truly “moved”

This past week we lost one of The Greatest men this world has ever known. In his lifetime Muhammad Ali was responsible for not only making those around him “move” but inspired the world to “move”. Over the past week, I have been “moved” hearing the stories and seeing the impact that this Great Man had. Among my favorites is the time Ali helped a random car full of college students whose car had broken down on the side of the road, in 1981 how Ali talked a suicidal man out of jumping to his death, or the time he helped secure the release of 15 US hostages in Iraq.

I was also “moved” this past week to see the impact Muhammad Ali has had on not only his generation but many generations to come. Covering Louisville sports this week It was great to see the Louisville Baseball team wear the name “ALI” on their hats, and seeing that even in his passing he was with them and inspiring them to be great, or reading about a group of Louisville Football players who went to Ali’s childhood home to pay their respects. Even on Friday seeing that the Louisville Basketball team was together paying their respects at the Ali memorial service.

Watching the memorial service Friday afternoon I was not only “moved” but was challenged personally to “move”. The speeches were incredible and very inspiring but the thing that really stood out was how Muhammad Ali even in his post-life was able to bring a city, a state, a country and a nation together. Friday there was no black & white, us & them, Christian or Muslim, gay or straight, Republican or Democrat, Cards or Cats. That day we all came together to honor someone who “moved us”.

Thank you, Muhammad Ali, for making this world a better place, thank you in these trying times for showing us all that we can co-exist and thank you for making us “move”.

Ali “moved” me this past week and I will “move” to be a better person. I think that is his final challenge to us all.

Louisville baseball dates back to 1909. There is no rich history and contending for conference Titles and fifth place finishes was the norm for 96 years. The program was decent but lacked the consistency to be on the other level. That all changed when Dan McDonnell took over as coach in 2007. Now hosting NCAA Regionals are the norm. The Cardinals will host their fourth straight NCAA Regional on Friday night.

Scanning the radio shows this week and the flavor was much the same. It wasn’t basketball or football conversations that dominated the airwaves. Cardinal Nation is all a buzz for Louisville Baseball. Not only are folks excited to get out and watch this team play on Friday night they are also looking forward to showing Coach Dan McDonnell some love for signing his new 10 year contract.

The Cardinals are coming into this tournament as the #2 seed in the country. Expectations are at an all-time high. This team has a roster oozing with Major League potential and seems to be peaking at the right time. With a great defense and an offense manufacturing runs at will this Louisville team will be hard to beat.

We often talk about how far the football program has come up over the years but I think one could argue that there hasn’t been a bigger rise from the ashes story than with the baseball program. If you are hoping to watch the Cardinals play tonight but don’t have tickets good luck. The Louisville session is sold out and there aren’t even any seats to be had on the secondary sites. The Cardinal Nine and Coach Dan McDonnell are the hottest ticket in town.

More on this years team and the NCAA Tournament from GoCards.com